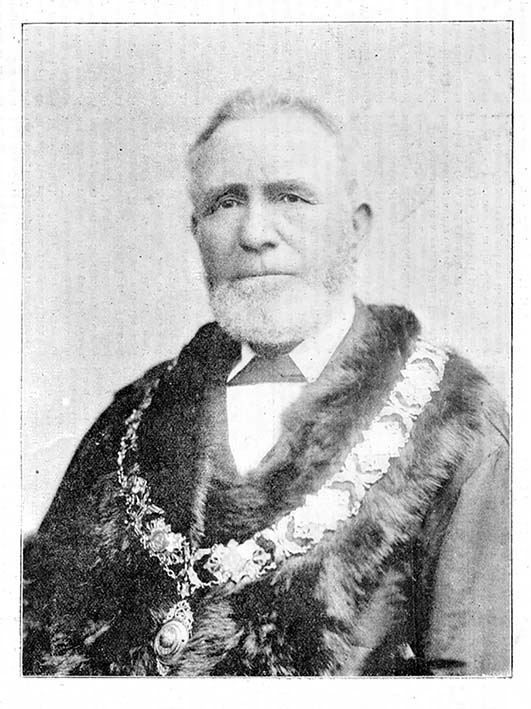 In <1895> Theo Williams was the mine manager of Llanberris Company.

A meeting of the Miners Association was held at the Chamber of Commerce on Monday evening, Mr Curthoys, president, in the chair. The minutes of the last meeting having been read and confirmed, Mr Theophilus Williams was admitted a member of the association, and Mr Hughes presented £2 as a further subscription from the Great Extended Company. A vote of thanks was carried to Mr Hughes for the energy he had displayed in promoting the welfare of the association, and a similar vote to the members of the Chamber of Commerce for allowing the use of the chamber was agreed to. On the motion of Mr Hughes, seconded by Mr Cameron, the president was requested to write to the Mining Board, to solicit their assistance in procuring a reduction in the upset price of town allotments on Ballarat West. The meeting then adjourned to Monday next at 8 o'clock.[2]

The newest thing in mining is the subscription in Ballarat for a quartz mining company in Carnarvonshire, North Wales. For some time past the English papers have given accounts of the discovery of auriferous quartz in North Wales, and the yields reported have occasionally been rather enticing to persons of speculative dispositions. It appears that Mr Theophilus Williams, an old resident in Ballarat, and owner of the ground now being worked by the Essex Company, has gone on a visit to bis native country, and has become enamored of the prospects open to quartz investors in North Wales. We are informed that he has formed a scheme for mining there, and has invited his Ballarat mining friends to join in the speculation, several of whom have taken up shares.[3]

DEATH OF MR THEOPHILUS WILLIAMS REMOVAL OF A PROMINENT CITIZEN.
As the days go by the ranks of the old pioneers are being thinned, and the death of Mr Theophilus Williams. J.P., which took place at his residence, “Llanberris House," Dowling street, yesterday caused another break in the chain. The deceased gentleman had been prominently identified with the fortunes of Ballarat, and more particularly the Town, for very many years. He was one of the oldest members of the Town Council, and had occupied the mayoral chair for three terms, his last election being in July, 1894. The late Mr Williams was born on the 7th August, 1824, at Bristol, and was therefore 80 years of age at the time of his death. While he was yet an infant his parents removed to Lougher‘in the west of Glamorganshire. After a short term at the School of Three Crosses the late Mr Williams was sent to Sir John Guest's iron works at Dowlais, near Merthyr Tyd vill, where in a school close by the works he came under the appreciatory notice of Lady Guest, who discovered his aptitude for mechanics, and in March, 1840, placed him under the cade of Sir Charles Berry, at the new Palace of Westminster, where be remained for three years engaged as a mason and on ornamental work. The news of tho golden discoveries in Aus tralia induced Mr Williams sail for Victoria and he arrived in Bal larat in September, in the year of 1853. He at once engaged in mining pursuits, and met with a fair measure of success. In 1854 he was an eye witness of the now historical Eureka Stockade fight, and was one of the first to render aid to the wounded after the engagement. On the establishment of the Local Court for the settlement of disputes between miners, Mr Williams was elected as a member of the board. After residing in Ballarat for a period of ten years Mr Williams visited the mother land, and returned to this State after an absence of 12 months. In 1865 he was ap pointed to the legal managership of the Great Redan Extended Company, and in 1872 he took charge of the Llanberris Company. When the tributary company, the Llanberris No. I. was formed, Mr Williams was appointed manager to that also, and he held these positions in active service until a few years ago, when in consequence of failing health, he handed over the reins of office to Mr W. M. Williams. As a public servant, the late Mr Williams had always held a high place in the esteem of his fellow-citizens, and his long and faithful services in the capacity of Town councillor proved him to be a. gentleman of sterling merit. In the month of August, 1876, he took his seat as a member of the council, and held the sear until several years ago, when he resigned office owing to ill health. On va rious occasions the late Mr Williams had been confronted with opposition, but at all times met with success In 1881-82 Mr Williams was first elected Mayor of the Town, and fulfilled the duties with honor, and in 1887-88 again took the office. During his career the late Mr Williams occupied a seat on the Ballarat Water Commission for a period of nine years, and his sound judgment and business cap acity gave his opinions great weight with his fellow members. He was a member of the committed of the Ballarat Mechanics Institute, and was also one of the foun ders of the old Ballarat Eisteddfod. In the first movements of Welsh Church life in Ballarat the late Mr Williams always took an active part, and in 1888-9 he occupied the position of moderator of the Welsh Calvanistic Methodist Association of Victoria. As a private citizent he decaesed was always’ held in the highest honor, and his death removes a gentleman whose place will be hard to fill.[5]