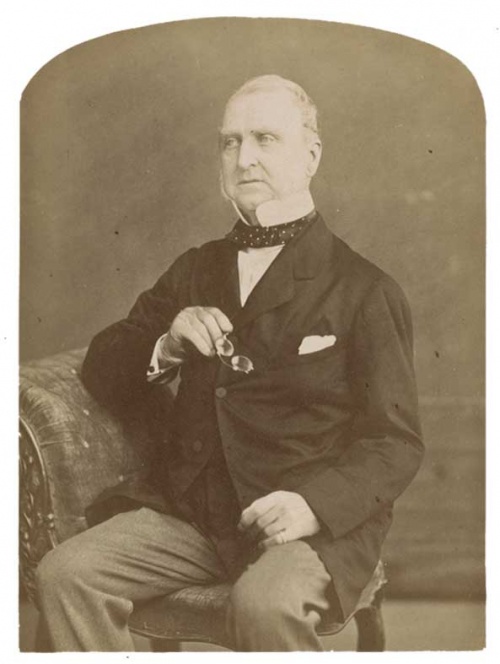 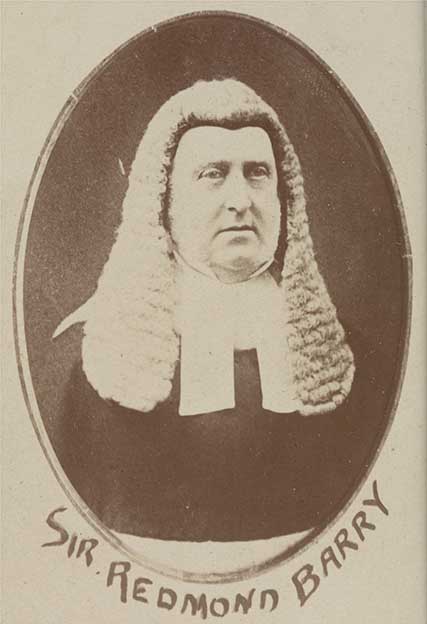 Judge Redmond Barry presided over the Eureka State Treason Trials, except for John Joseph and John Manning[4] which were presided over by Sir William a'Beckett.[5]

Redmond Barry is best known for being tough in his sentences, and for sentencing Ned Kelly to death in 1880. He helped found the University of Melbourne and the Ballarat School of Mines. He was leading mover in the establishment of the State Library of Victoria.[6] He received a knighthood in 1860, and in 1880 he was the judge who sentanced bushranger Ned Kelly to death.[7]

Redmond Barry and the education of women - http://tintean.org.au/2013/08/06/australias-first-woman-graduate/