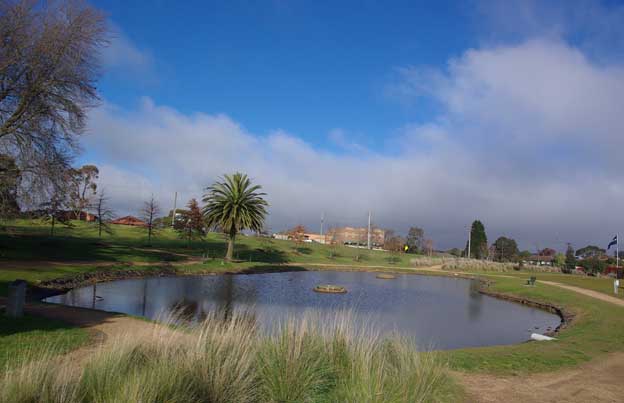 The Eureka Improvement and Progress Association was formed in February 1912 to improve the Eureka Reserve on the corner of Eureka Street and Rodier Street. One of its first task was to remove gorse, another was to turn a sludge pond into an ornamental lake. [1]

Plaque relating to water fountains in Lake Penhalluriack, Photography: Clare Gervasoni, 2013.
The fountains were installed in 1984.

On 19 June 1914 Mr T. Ambrose of North Carlton gave the Eureka Improvement and Progress Association a cutting of a willow growing on Napolean's grave at St Helena. "Perhaps the donor saw a democratic thread linking the simetime democrat to the objectives of the diggers behind the Stockade." [3]

As part of a City of Ballarat masterplan to improve the reserve before the 150th aniversary of the Eureka Stockade the willows surrounding Lake Penhalluriack were doomed. The willows, including Napoleon's Willow, were cut down leaving only a old metal plaque explaining that 'this willow came from a cutting of a willow planted over napoleon's grave at St Helena.' Not long after the plaque disappeared. [4]

A walking stick was crafted from the Napoleon Willow by Arthur Lelean. His ancestor had been a prisoners under Napoleoan, so the tree had special significance to him. [5]

An Arbour Day was observedat the Eureka Stockade on Friday, when the mayor (Councillor Dunn), the mayoress, and councillors of Ballarat East and friends, planted a large number of trees in the reserve which has been formed in the now historic around. Among the planters were Mrs Penhallurick. said to be the first girl born in Ballarat, Mrs Franks, who in December 1854. witnessed the fight at the stockade between the British troops and diggers. An appropriate address was given by Mr Dunn, who said 'the diggers dared to do what, they did in the cause of independence.<Mount Alexander Mail, 14 August 1900.</ref> 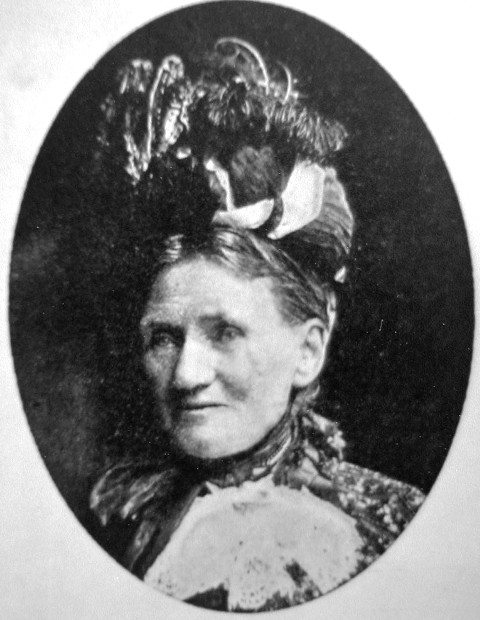