John William (or William John) Farrant was born c1920.[1] According to family his wife was dead when he left for the goldfields. He left his children with Miss Stokes and returned with a leather pouch of gold for each child's future, but was not seen again. .

According John Farrant's obituary he was killed at the Eureka Stockade. He is not listed on any official lists so he could be one of the participants who were wounded, ran away, and died in the bush. It could also be a story to explain his disappearance to his abandoned children. 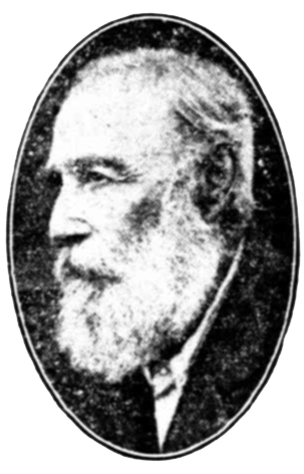 EIGHTY TOMORROW ... Mr. James William Farrant, of Ashford road, Keswick, will celebrate his eightieth birthday tomorrow. He was born at Gawler, and educated at Sevenhills College. Later he lived at Kapunda, where his father conducted a hotel. Then came the rush to the goldfields, and Mr. Farrant, sen., whose wife had died, left his family at, Gawler and went to Ballarat. He was killed in the fight at the Eureka Stockade. Young Farrant, who had by this time developed a love for horses, joined Mr. John Prest at Penwortham, near Watervale. After staying there for six months he went to Hummocks Station, north of Port Wakefield. "There were some real outlaws to be handled," said Mr. Farrant. "Among them was a noted buckjumper at Red Banks Station, which I rode for a wager, and won." That exhibition in the saddle secured for Mr. Farrant a contract for breaking in remounts for the Indian Government. When only 18 years of age Mr. Farrant went to Port Lincoln, and worked for Mr. Andrew Tennant, of Tallala, and afterward for Mr. W. R. Mortlock, at Yalluna. He mustered cattle with the late Sir John Lewis for Levi & Co. In August. 1883, Mr. Farrant was offered the management of Lake Everard run, owned by Messrs. Hamilton & Mills. The property was in a wild state, and stretched beyond the boundary of the settled districts. Natives were a source of danger. Sheep killing by aborigines necessitated an incessant watch. In 1890 Mr. Farrant was transferred to Teetalpa, where he remained for 15 years. He then decided to take up land in the South-East, where he lived and farmed until the 1914-15 drought. Mr. Farrant married Miss Gertrude Norman, of Yunta. Two sons and five daughters constitute the family, namely, Messrs. J. W. Farrant and Walter Farrant, Mesdames A. Davidson, E. Davidson, and Bendel, and Misses Martha and Norma Farrant. There are 16 grand children.[2]

Mr. Farrant has been twice married. His first wife was Miss Margaret Telfer, eldest daughter of Mr. James Telfer, who was for many years manager and inspector of sheep stations for Drs. J. U. and W. G. Browne, pioneer squatters of South Australia. Of that marriage there were two daughters—Mrs. E. Davidson and Mrs. Angus Davidson. In a second marriage, to Miss Gertrude Norman, there were two sons and three daughters— Messrs. J. W. Farrant and Walter Farrant, Mrs. Bendel, and Misses Martha and Norma Farrant.[3]