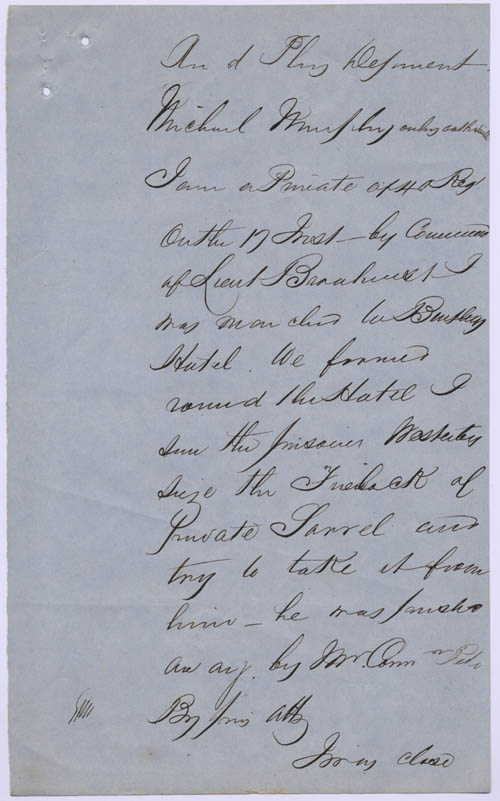 And this Deponent Michael Murphy on his oath saith I am a private of 40th Regt. On the 17th Inst by Command of Lieut. Broadhurst I was marched to Bentley’s Hotel. We formed round the Hotel I saw the prisoner Westerby seize the firelock of Private Sorrell and try to take it from him – he was pushed away by Mr. Commr. Rede
By prisoners Attorney I was close 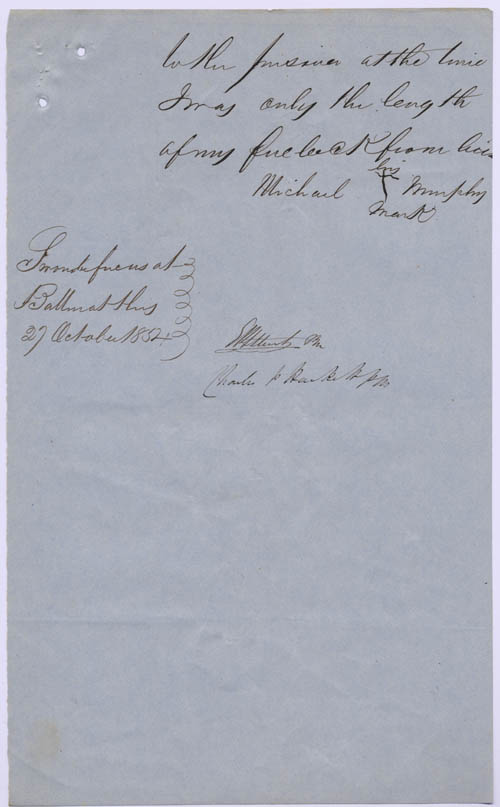 Lieutenant Broadhurst and men of the 40th Regiment were sent to the Meeting at Bentley's Eureka Hotel by Commissioner Roobert Rede, who was epecting trouble. Broadhurst was later a witness examined during the report of the Board appointed to enquire into circumstances connected with the riot at Ballarat, and the burning of James Bentley's Eureka Hotel. [1]