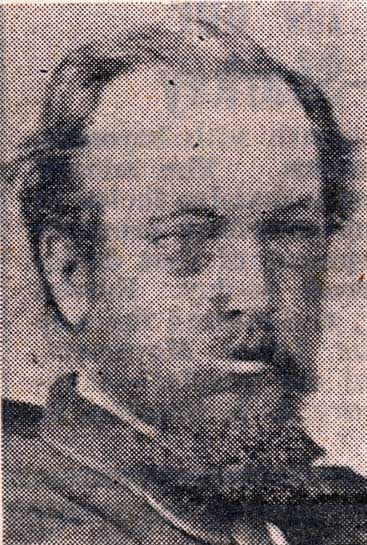 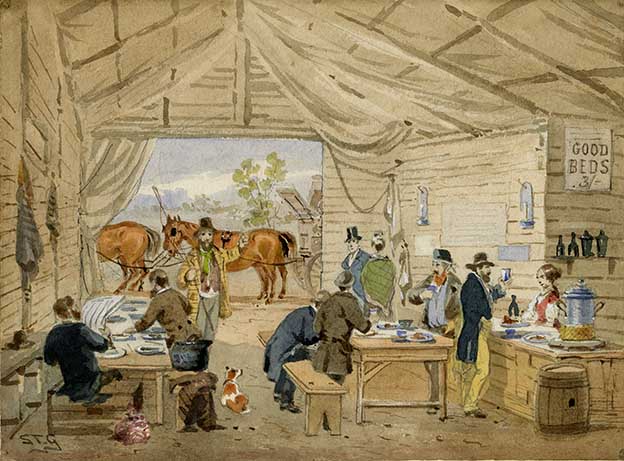 Johnston was born in 1828 at Mauritius where his father was a Lieutenant Colonel in charge of the British Military there. He married Margaret Brown nee Howden in 1854 at St Peters, Eastern Hill, Melbourne. They had fifteen children nine of whom survived.

James Johnston was the nephew of George Johnston who helped to arrest and depose Governor Blight.

Johnston served in the 39th (Dorsetshire Regiment for 10 years before migrating to Australia from Scotland in 1852 on the Hurricane. He was appointed magistrate for the Colony of Victoria.

Johnstone married Margaret Howden. He died in 1885 at the aged of 59.

Johnston was appointed Assistant Resident Gold Commissioner in November 1853 for the Gravel Pits. Johnston sat on the bench at the James Scobie inquest, in the prelude to the Eureka Stockade. He dissented from other two on bench, as he did not believe James Bentley and others should be honourably discharged.

After the Eureka Stockade the Gold Commissioners were abolished, and Johnston and his wife moved to a farm at Mt Hollowbank where their first child was born. They later farmed near Dowling Forest before moving to Ballarat and later Buninyong. In later years Johnston was manager of the South Imperial Mining Company, and a judge of the Victoria racing club.

... OLD TIME MEMORIES - POLICE CADET EXPERIENCES. By J. SADLEIR.
A DECISION DEFIED.
Commissioner James Johnston had decided in a dispute between some Irishmen and Scotchmen regarding a claim situated on the flat below the camp, not far from the present Bridge-street. The Scotchmen were confirmed in their possession, but the demeanour of the Irish was so threatening they were mostly a turbulent lot-I was sent down with a party of police to protect the men in possession. It was a hot day in February, and we felt weary enough as hour after hour passed without any appearance of the enemy. At last, out of a cloud of dust came rushing and veiling a mob of perhaps 200 Irishmen. At first sight of them the man working in the shaft-it was only about 4ft. deep-dropped his tools and prepared to clear out. I got off my horse, however, and kept the man forcibly in the hole, promising to protect him whatever happened. For a time the Irishmen merely clustered round us, bluster ing and demanding that all work should be stopped. He police were greatly handicapped through the terror shown by the man in possession, who asked to be allowed to go, and so let the Irishmen have their own way. At length one of the latter jumped into the shaft and wrested the pick from Scotty, when he was immediately arrested. Then the whole brigade rushed in upon us, striking at us with their fists, some pelting us with clods and empty bottles, and for a time things were very lively. The police had been supplied with batons only, but these were not of much use, for the men could scarcely breathe, not to speak striking with effect, so great was the pressure. For the same reason the Irish men nearest us could do us but little damage One of them struck me from behind with his fist, knocking off my cap. A constable named Fahy was close behind me and and saw the blow, and begged of me to try and ease off the pressure a little, when he swung himself round and give the man who struck me a tap on the crown that instantly stopped him. Matters were going very hard with us, when, suddenly, there was the discharge of firearms quite close to us, but no one seemed to know precisely where it came from. The effect, however, on the crowd was remarkable, Evidently they selves the shot was fired by one of them selves, for they immediately broke away, leaving us standing alone with our prisoner. Presently one of the constables dropped, when it was discovered that, in the act of drawing pistol, which he had concealed in his belt, He discharged it into his thigh, severing the femoral artery. Fortunately for him, Dr. Mount was standing by, and, by pitting his thumbs on the wound until further help arrived, saved the constable from bleeding to death.
All that I have just described occurred in full view of the camp. In fact, on looking in that direction is the crowd broke away, we could see detachment of the military pensioners coming towards us at the double, or as near it as their old legs would allow. As soon as these men relieved us of our prisoner, and of the wounded constable, we returned to the scene of the disturbance, and searched in the shallow sinkings, and in the grog tents close by, where we made several arrests. In effecting these arrests we were guided more by the fact that we found the men lying concealed than by any direct evidence of their participation in the disturbances. The police magistrate however, considered the evidence sufficient, and gave the prisoner six months each. ...[1]