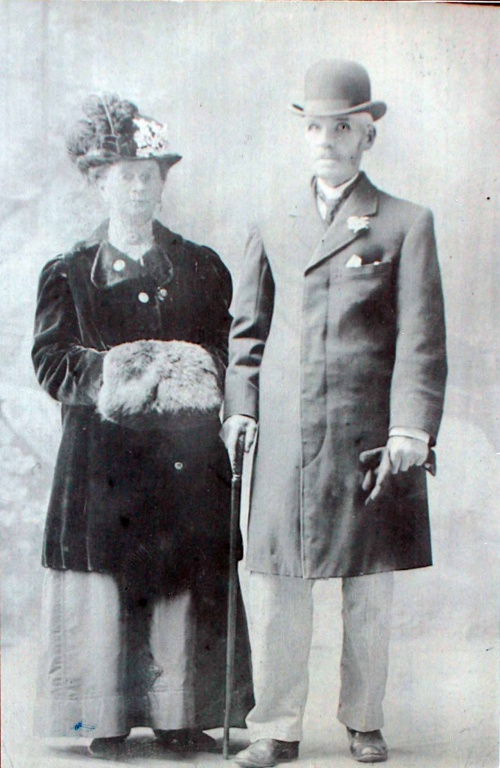 James was born at Barrabool Hills, Victoria, in 1843 and was a brother of Thomas Hall. He had a son, Charles, who visited Ballarat in later years and recalled his youthful years. James decided to go into the brick business, with his last major contract being bricks for the Ballarat railway station. He retired when Selkirk’s decided to move in to Ballarat from Allendale, where they had been manufacturing downpipes, and started making machine made bricks. [2]

Hall married Jane Mewburn on 20 November 1867 at St John’s Church, Ballarat. Jane was the daughter of another brickmaker in Creswick Road, Ballarat. She was a talented painter, sculptress and leather worker, and it was some of Jane’s designs which were incorporated into bricks placed in some of the houses and the railway station at Ballarat. Designs such as creeper, roses and branches were used throughout a course of bricks in a decorative fashion. A patternmaker named Gillhooley made the moulds for these embellishments.[3]

James Hall died in 1920 and was buried in the Ballaarat New Cemetery.

As an eleven year old James Hall was an eye-witness to the Eureka Stockade.[4]

Charles Hall, who has a sister aged 91, living in Perth, said he well remembered bullock teams hauling firewood to the Black Hill Mine. He and his sister were amongst the earliest scholars at Black Hill School. Bricks carrying the floral patterns were used in many houses which his father [James] erected in Ballarat.