Captain Holland was part of the military at Eureka and involved with the defence of the Camp near where Camp Street is now situated.[1]

JM Thomas Capt. 40th Reg. Commanding Garrison, wrote that "The Women and Children will be sent to the Commissariat store Buildings. The Utmost Silence is to be preserved by all persons, no talking above a whisper is to be permitted in the instance of necessary Commands in which case Officers and Non Commissioned Officers in charge of Parties, will speak in as low a tone of voice, as the nature of the service requires at the moment. Captain John White and Ensign Moller / Rear Face of Camp: From Angle of fence adjacent to the Military Barracks, to the Police Stables Captain Holland Police / Right Flank, From Police Stables to Surgeons House Lieutenant Broadhurst / Right front of Camp From Surgeons House, to Officers Mess House Lieut Adams / Front face of Camp, From Resident Commissioners House, to Military Barracks Lieut Richards / Left Flank From Resident Commissioners House, to Military Barracks." 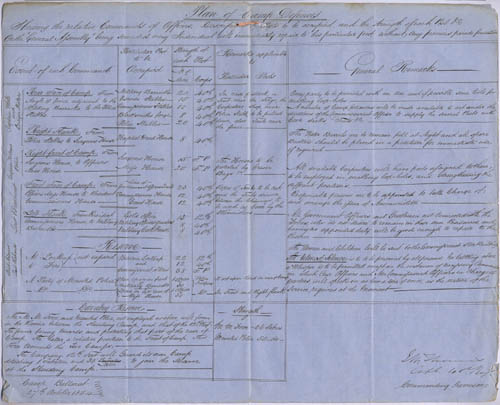