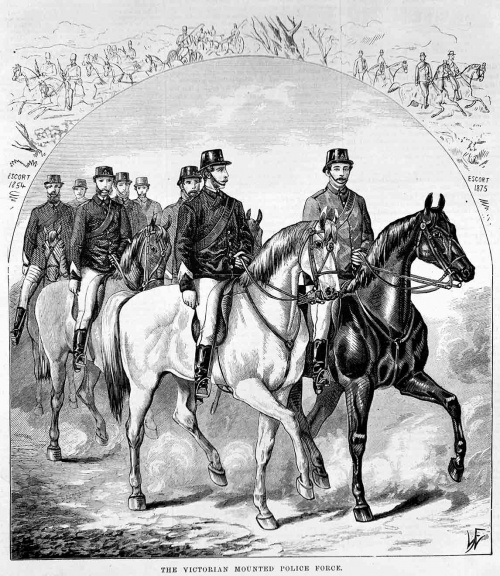 Gerald De Courcy Hamilton, born 10 October 1828, Florence Italy. He was the fifth son of James John Hamilton of Ballymacoll, Meath, Ireland and Ann Geraldine (de Courcy) Hamilton. Educated at Cheltenham College in 1847 he went to Trinity College, Cambridge, graduating BA in 1851. He then came to Australia where he gained a position with the police force.

Hamilton was the lieutenant and adjutant of the Gold Mounted Police Force at Ballarat at the time of the Eureka Affair in December 1854.

He soon left for Russia and served in the Turkish contingent during the Crimean War. From 1856 until his retirement in 1891 he was Chief Constable of Devon. In the 1871 and 1891 British censuses he was living at St Sidwell, Devon.[1]