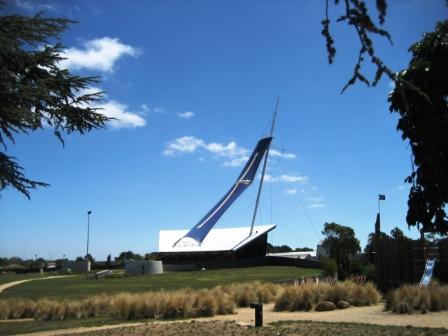 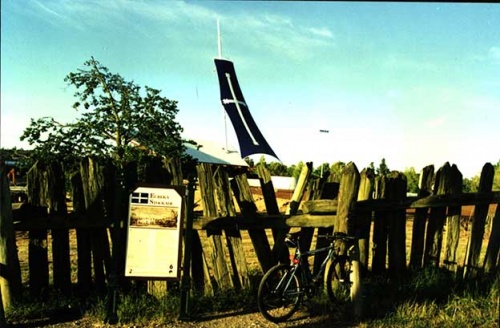 In November 1997 the Eureka Stockade Centre Appeal edged towards the one million dollar mark. The appeal director was Barry Tinkler amd the appeal committe chair was Pam Davies.[1]

Officially opened on 27 March 1998 by Premier Jeff Kennett, the Eureka Stockade centre was designed by Cox Sanderson Ness, with the exhibition designed by Mother's art and BCM. The builder was Hooker Cockram Pty Ltd. The centre was built on the corner of Eureka Street and Rodier Street, within the Eureka Reserve, at the cost of $4 million.[2]

The Eureka Stockade Centre was designed to highlight the importance of the events leading up to the Rebellion at Eureka on 03 December 1854 in Ballarat, and its aftermath. The centre aimed to be a focus for continuing debate and interpretation of the Eureka Story in what it means to contemporary Australia culture.

The Eureka Stockade centre was redeveloped and reopened at the Museum of Australian Democracy at Eureka (M.A.D.E.) in May 2013. 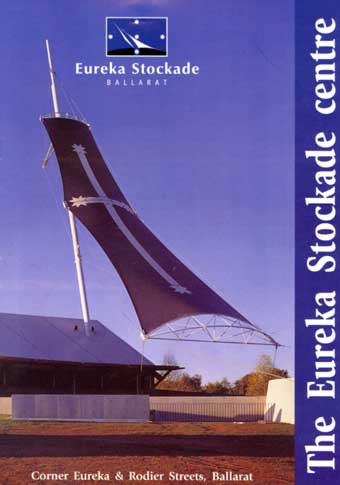 Eureka Stockade Centre Opening Programme, 1998. The large mast on the centre symbolises the arrival of many immigrants by ship to Port Phillip during the 1850s. University of Ballarat Historical Collection. (Cat. No. 13222