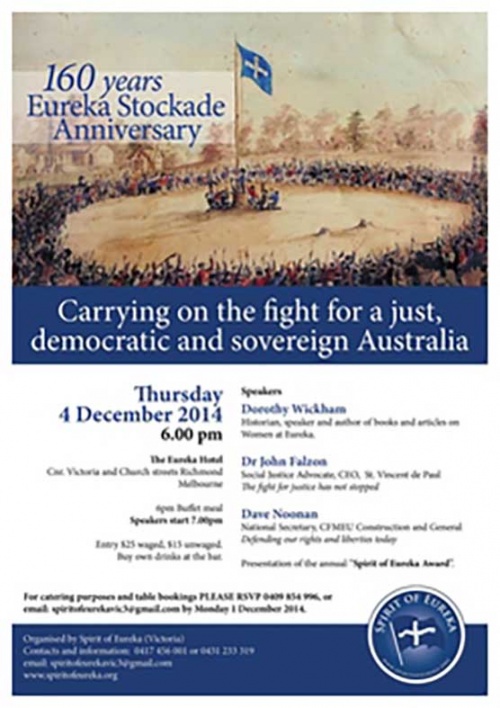 The 160th anniversary of the Eureka Stockade took place on 03 December 2014.

On 05 June 2014 the Victorian State Government announced a grant of $300,000 to assist Ballarat and Victoria celebrate the 160th anniversary of the Eureka Stockade. The Premier Dr Napthine made the announcement at the Museum of Australian Democracy at Eureka (MADE) in Ballarat which is developing the program of commemorative events in partnership with Sovereign Hill, the Art Gallery of Ballarat, Ballarat Regional Tourism and the City of Ballarat. “These commemorative events will provide the Ballarat community with an opportunity to celebrate their proud heritage and will support tourism in the local area. There will also be a strong online presence that will engage visitors through digital technology,” Dr Napthine said. “The activities will appeal to everyone and will include a retelling of family histories, a community project to remake the Eureka flag, a twitter competition for finding the Eureka flag around the world, and a family fair.” The Eureka Stockade, which was a result of gold miners opposing a government licence fee is a key event in the development of Australian democracy and national identity. “This historic event certainly etched Ballarat into both Australian history and the national psyche,” Dr Napthine said. The commemorative events program will run from July until the 160th anniversary of the Eureka Stockade in December this year.[1]

Dawn Scene from 'Blood on the Southern Cross, 03 December 2014

Raising of the Recreated Eureka Flag 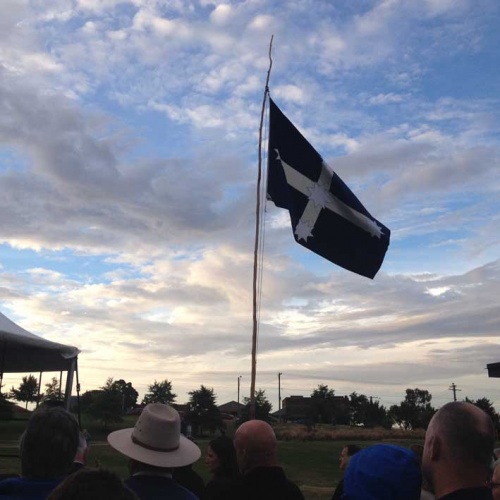 The Museum of Australian Democracy at Eureka 160th Anniversary of Eureka celebrations included a project to recreate the Eureka Flag using the original stitching methods. The Ballarat Quilters and Ballarat branch of the Embroiders Guild worked more than 200 hours to complete the flag: 41 hours to prepare the material and another 170 hours of needle work - equivalent to three people, simultaneously stitching, over nine working days.[2] The flag was raised during the commemoration service at the Eureka Stockade Memorial Gardens on the morning of 03 December 2014.

Rededication of the Pikeman's Dog Memorial 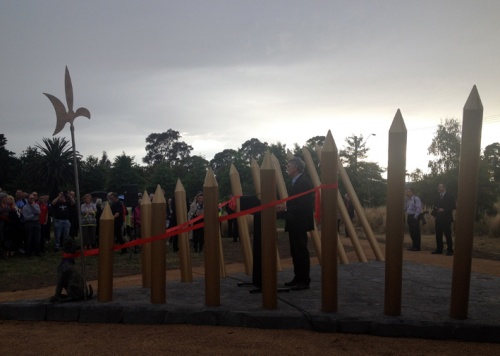 Maurice Hanrahan speaks at the rededication of the Pikeman's Dog Memorial, 03 December 2014