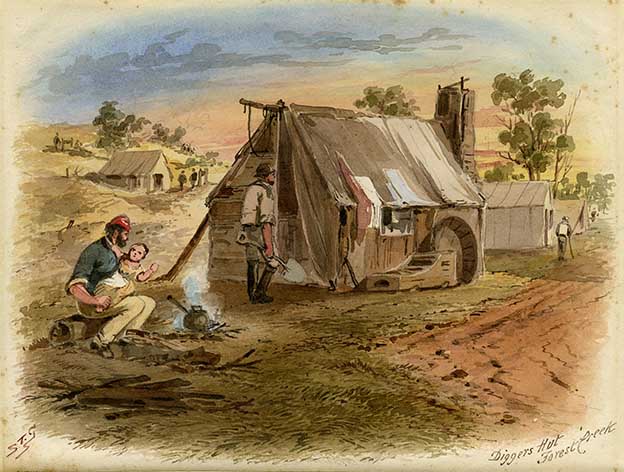 Elizabeth Doyle was the wife of James Doyle, brickmaker, of Richmond and Toorak in the early 1840s. A daughter, Elizabeth was born in 1843 on the slopes of Eastern Hill, not far from where Parliament House now stands.

In 1854 James became involved in the Eureka uprising. Doyle with his mate John Stanley escaped capture and injury. After Eureka they decided to leave for Melbourne taking days to make the journey. They divided the gold they had found and went off in different directions. Doyle purchased horses and took his family to Forest Creek.

On her death in 1929 the Bendigo Advertiser reported that her father became involved in the diggers’ rising at Ballarat in 1854 and at the fall of the Eureka Stockade came to Forest Creek accompanied by his family. [1]