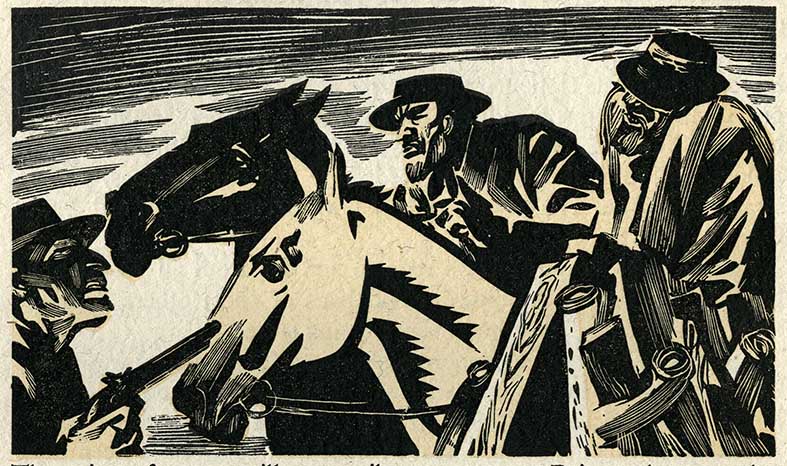 Thomas Allen was also known as 'Old Waterloo' Allen.[1] He was a Ballarat resident in 1854, he had previously been in the 33rd Regiment, and for two years worked for the Lancashire and Yorkshire Railway Company as resident office keeper. After serving at the Ballarat Camp for six months Allen used all his pay to start a small business called the Waterloo Coffee House, which was located within the Eureka Stockade. At that time he was 60 years of age. Allen stated that he had served at Waterloo, hence the naming of his business.[2]

He was the proprietor of the Waterloo Coffee House, [3] with a tent inside the Eureka Stockade. He stayed in his bed during the battle until Sub-Inspector Charles Carter forced him out. [4]

Thomas Allen, an old soldier, deposed as follows : I kept the Waterloo coffee-house, on the Eureka. I returned from Melbourne to the Eureka on the Saturday before the shooting began.- I was just in time to hear the word of command given to some men who were being drilled. They did.it very well for an awkward squad. Some of them had guns and some handpikes. I heard one man say to the pike squad, "shoulder pole," "order pole," "ground arms," " stand at ease," " pick up pole, " shoulder pole," " to the right face," "march, "right about, " and then they were made to march and countermarch. They were then formed three deep, and shown how to receive a charge of cavalry. I saw the man commanding them form them into a circle, and then he seemed to me to be giving them their general orders for the fight. I got into conversation with some of them.' At last one of them said to me," Well, old Waterloo, an 't you going to enlist? " j said, " No, I wouldn't be in such a d— -d ugly company " They pressed me, and said I. could drill them . The commander of them asked me to join them. I said, " What bounty do you give? " He said, "Why, do. you want any bounty -money ? I said, "Yes, I do ; I want £50 ; and I think that's little enough for a Waterloo man." They then said I should be a prisoner. I was taken and confined in my own store, and two sentries' placed over me) ' My tent was the next tent to a butcher's, and, with others, was stockaded round by the rioters. I had my tent and all my property destroyed to the amount of £200. I believe it was set fire to by the police. It. was set fire to by the police with all the other tents in the stockade.[5]

Allen was a post Eureka claimant for the destruction of his property, and received compensation. During the compensation claims Allen said he was kept prisoner inside the stockade on the morning of 3 December 1854, when it was attacked by the military. He stated that at 60 years of age the loss sustained left him almost destitute. [7]

Captain Thomas of the 40th Regiment stated during the Compensation Claims that Allen was loyal, and had come to him at the Camp before 3 December 1854, to report that he had been held as a prisoner inside the stockade. Allen lived at Ballarat, and was recorded on the 1855 Electoral Roll, under the electoral qualification of Miner’s Right.[8]

After the battle Allen testified that there were three tents within the Eureka Stockade neighbouring his. One was the home for a married couple with six children, another housed a couple with three children, and the third ten sheltered a man with four children.[9]

Riot at Ballarat appointed to enquire into circumstances connected with the late disturbance at Ballarat together with the evidence taken by the board laid upon the Council table by the Colonial Secretary, by Command of His Excellency the lieutenant Governor and ordered by the Council to be printed 21st November, 1854.