Difference between revisions of "William Mair" 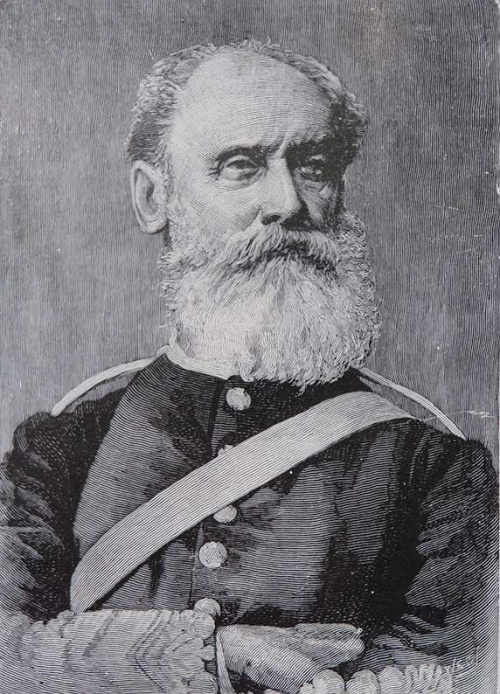 The Eureka Stockade.
Colonel Sleep, for many years commanding officer of the Ballarat Military Corps, but who is now engaged in grazing pursuits in Gippsland, in going through some private papers, discovered an interesting letter written to him in 1898 by Mr. W. Mair, the first police magistrate in the Ballarat and Buninyong districts, bearing on the grievances of the diggers in 1854, and which only terminated with the action at the Eureka Stockade. Mr. Mair, after whom one of the principal streets in the city of Ballarat has been named, challenged in the letter to the colonel some of the statements made by W. B. Withers in his 'History of Eallarat.' He wrote:— 'I have before me a copy of Wither's second edition of his 'History of Ballarat,' and find on page 43 a brief notice of my appointment as gold commissioner, but no information as to how the duties were carried out. . . . The author's comments on gold officials are, in my opinion, most onesided and unfair. For example, 'The Governor's inferior officers were inferior indeed.' As far as the first rush at Golden Point was concerned, I can only say that among the diggers, as a body, there was an evident element of respectability, which rendered my duty comparatively easy, and I never had occasion to doubt the safety of the large amount of gold dust often deposited in our offices. With few exceptions the conduct of the diggers was most orderly. The Sunday was duly observed, and no policeman was ever employed in obtaining license fees, nor were native policemen ever allowed to interfere with white diggers. All this should have been recorded in any work purporting to be a history of Ballarat, otherwise it could without injustice be called a garbled 'Diggers' Lament.' ' Mr. Withers, who is over 80 years of age, was one of the pioneer journalists of Ballarat, but he has for some years been residing in Sydney. His History of Ballarat," which is to be found in every replete public and private library in the district, was described by the late Mr. Peter Lalor, commander-in-chief of the Eureka Stockade; Mr. John Lynch, captain of the Pikemen, and other leaders in the anti-license movement in 1853 54, as being a fair record of the stirring events that led up to the armed rebellion at the Stockade. Mr. James Oddie, F.G.S., who was an eye witness of many of the events dealt with in Mr. Withers' work, in discussing the ' matter on Saturday, said the writer was 'far too mild' in his description of the cruelties inflicted on the early diggers of Ballarat by the Government officials and flunkies then in power.[3]