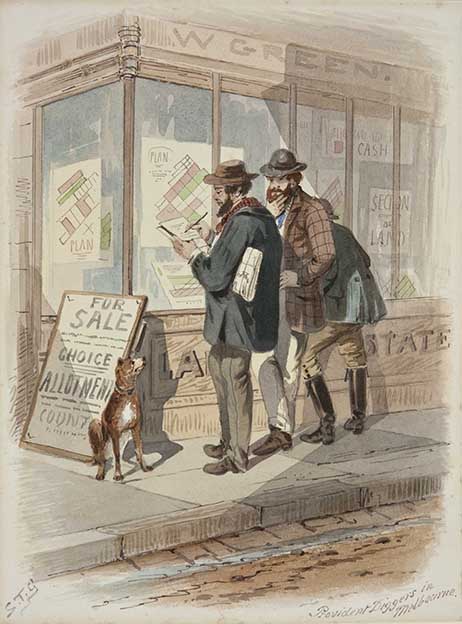 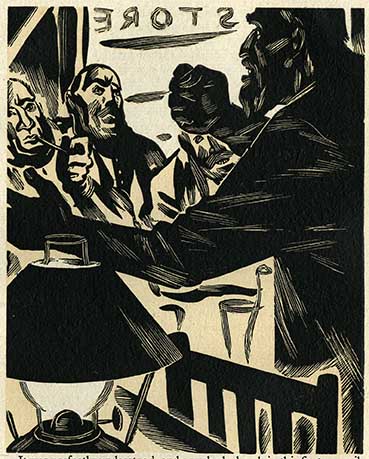 Dr Timothy Doyle was born at Kilkenny, Ireland, in 1825. Dr Doyle received his Bachelor of Medicine in July 1852, and came to Australia on the Lorena as it's surgeon, arriving at Melbourne on 03 February 1853 Four months after landing he marrried Rosetta Scott, a fellow passenger on the Lorena, at Eureka, Ballarat. He was registered as a doctor in Victoria in 1854. He practised medicine at Golden Point.[1] He is said to have named the Eureka Lead. [2]

Timothy Doyle was one of the doctors who amputated Peter Lalor's Arm in Fr Patrick Smyth's tent.[4]

Pre-Eureka Incident - 28 November 1854
“The onslaught upon the troops appears to have been unprovoked and savage, and it excited general disgust in the minds of the colonists everywhere out of Ballarat.” Walter Bramwell Withers in his History of Ballarat was referring to an incident on the 28 November, 1854. The publican of the London Hotel, Benden Sherritt Hassell was shot in the leg. During the same fracas the drummer boy of the 12th Regiment, John Egan, was shot in the thigh and George Young, who owned the waggons, was also injured. Raffaello Carboni described it as a “cowardly attack” by the miners. They had thrown stones and bottles at the troops on their way into Ballarat between nine and ten o’clock on this dark November evening and allegedly had fired shots into the crowd.
Assistant surgeon of the 12th Regiment, George Arden reported, that “as soon as we got into the diggings a mob of diggers collected and assailed us with cries of Joe! Joe!” “We were pelted with large stones and bottles. … One of the carts was capsized, the driver and two men were severely injured, the men were turned out and ordered to load. We found two men missing and a party went back to find them. They were laying [sic] off the road badly wounded. When the soldiers turned out and loaded the crowd dispersed. … We were shortly after joined by the 40th men from the Camp. During the disturbance several shots were fired by the diggers, but the military never returned the fire. … Our Drummer boy was shot in the leg.”
Lance Corporal George Sharpe, also of the 12th Regiment corroborating the evidence of the assistant surgeon said, “ I was with the third cart from the rear when the mob attacked us, with stones, sticks and bottles. I heard some shots fired by the diggers; some shots were fired at us. I am quite certain that none of the soldiers fired a shot. I never heard any Officer ask the road to the camp. The drivers appeared to know the way.”
One of the main arguments for compensation for Mr Benden Hassell was that the drivers asked him the way to the camp. This subsequently was the reason that he was shot in the leg, because he was in the middle of the road, and in the firing line. It was argued therefore that it was the government who should be responsible for compensating him for his injuries. However the witnesses deposed that the shots were fired by the insurgents and that the military had loaded, but not fired a shot.
The reasons for the Military proceeding through a hostile area late on a dark night were dubious. They had left Melbourne at 5 o’clock on the previous evening, and arrived at the Ballarat Diggings “around 9 or 10 o’clock” the next night. This was usually a three day march, so the troops arriving at the Eureka Lead were “jaded” and “marching very slowly.”
The Melbourne Argus reported that “a portion of the military force despatched from town on Monday had arrived, [at Ballarat] and that in passing through the diggings the soldiers were pelted with broken glass and other missiles by some diggers. The military received this manifestation of feeling in the best possible temper, and did not attempt to irritate the mob by indulging in gestures or movements which might be interpreted to mean other than a friendly inclination to them.” … “a poor drummer was shot through the leg – are these deeds which will enlist the sympathy of an intelligent people? Is the maiming of a drummer boy a worthy triumph for a large mass of a British population who wish to occupy a creditable position in the eyes of the world? Surely not!”
Nothing was written about the injury to Benden Sherritt Hassell, although he also was shot during the same incident as the drummer boy and George Young, the carter. Hassell and his partner, Robert Monckton, were co-owners of the London Hotel. Later some of the wounded sheltered at the London Hotel after the Eureka massacre.
Benden Hassell applied to the government for compensation in 1855, stating that “at night on the 28th of November, 1854, a detachment of soldiers with military stores arrived on Ballaarat, and as they were passing over that part of the diggings known as the Eureka – along the road leading by the London Hotel, the Officer in command enquired … the way to the Government Camp, on Ballaarat, and he [Mr. Hassell] went out into the road and gave the Officer the information desired … As he [Mr. Hassall] was returning into the Hotel after pointing out the way to the Officer he was shot in the leg.”
Timothy Doyle, surgeon on the Eureka Lead gave evidence that Mr. Benden Hassell was under his care “for a period of four months, labouring under the effect of a gunshot wound of the left leg, …, which severely incapacitated him from following his usual business; from the severe nature of this wound” he had not recovered. … “That the bullet” had “not yet been extracted from the limb; and from present appearances it is very probable that Mr. Hassall will have to undergo a severe surgical operation before there is any chance of his recovering [if at all], the active use of the wounded limb, or be freed from frequent attacks of excruciating pain.”
Mr. Hassell was “well known as a peaceable and loyal British subject, and in no way countenanced or aided in any manner the unfortunate disturbances which took place on the Eureka, either at the time he received the wound or on any subsequent occasion.”
Four hundred and eighty-six men signed the petition urging the government to consider compensation for such a worthy case. The Board, however, in determining the judgement, made a suggestion that a “small donation from each of the individuals” who had signed the petition would “demonstrate their sympathy with the petitioner [Hassall] in a much more intelligible form, and more advantageous to his interests”.[5]

Dr Doyle continued to practise on Golden Point and was elected to the staff of the Ballarat Hospital when it opened in 1856.[6]

Doyle was a member of the Freemasonic fraternity. A Catholic by religion, Doyle had a Masonic funeral.

GOLD-SEEKERS OF THE FIFTIES. AFTER EUREKA. HOW THE LEADERS ESCAPED.
While the victors of Eureka were removing the dead, the wounded, and the captured from the stockade, Peter Lalor, the diggers' leader lay under the pile of slabs in which he had been hidden, bleeding from the wound in his arm. A musket-ball had shattered the bone close to the shoulder, and the few who knew where he was lying saw the blood trickling from beneath the pile of slabs even while the soldiers, keen to capture him, were still in the stockade. When the last of them had gone Lalor was helped from his hiding-place, put upon a white horse, and rode away through the bush towards Warrenheip. There he claimed shelter at the hut of a man he knew. The digger was absent, and his wife went to look for him. Lalor, however, doubted her genuineness, and believing that she had gone to communicate with the police, he took to the bush again for shelter. All that night he wandered about, with his crushed arm still swinging useless and unattended. He was greatly weakened from loss of blood, and only his indomitable pluck kept him up. Towards morning he determined to seek assistance from Stephen Cummins, an old friend whom he could trust, and who lived with his wife on Pennyweight Hill.
It was on the early morning of the Monday following the fight that Mrs. Cummins drew her husband's attention to a man walking slowly between the holes on the flat, and said, "That is Peter Lalor; I feel sure of it." "As I ran down to help him,"
Steve Cummins told a friend, "his face was grey and worried. He looked like a frail old man rather than a powerful young one, so greatly had pain and loss of blood during the 24 hours weakened him. I helped him into the hut, where as well as we could my wife and I bandaged the wounded arm. I knew that my hut was no place for him. A reward of £200 had been offered for his arrest, and there were many mean spirits keen to earn it. Our friendship was well known, and I felt sure that sooner or later my place would be searched by the Police. I ran at once across the gully to the Roman Catholic Presbytery and told Father Smyth that Lalor was in my tent badly wounded and in need of surgical assistance. I told him my fears as to the police visiting us, and Father Smyth said, 'He will be safer here, I think. Bring him over after dark.' so that night we took him across to the presbytery, meeting, fortunately, not a soul upon the road."
Steve Cummins's intuition had served him well, for next night the police searched his hut, just at the time when he was watching Drs. Doyle and Stewart amputating Peter Lalor's arm, for the severity of the wound and the delay in treating it precluded any possibility of the arm being saved. Through the ordeal of amputation, as in every other emergency of life, he showed that fine courage which nothing could shake. He was a stalwart who knew no fatigue, as it was ordinarily understood, and long before he became a prominent man in Ballarat it was frequently his custom to walk to Geelong to see his sweetheart, and then walk back to his work again.
A man employed about the Presbytery took the severed arm away as soon as the operation was over, and threw it down an abandoned shaft, but by Father Smyth's orders it was recoved later and properly buried. The first operation was not complete. A portion of the bullet remained lodged in the stump of the arm, and it was only after a second operation at Geelong that the wound healed properly. When the wounded leader had sufficiently recovered to move about he and Hayes, one of the fire-eating orators of the Diggers' Reform League meetings, were taken to a store near Brown's Hill, where they were safely sheltered until a chance of getting clear away from Ballarat should present itself. 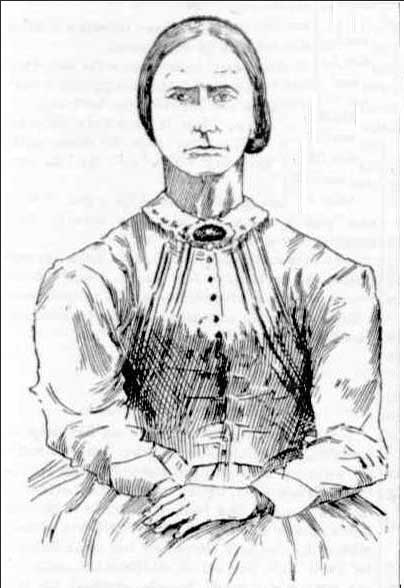