Difference between revisions of "John Jones" 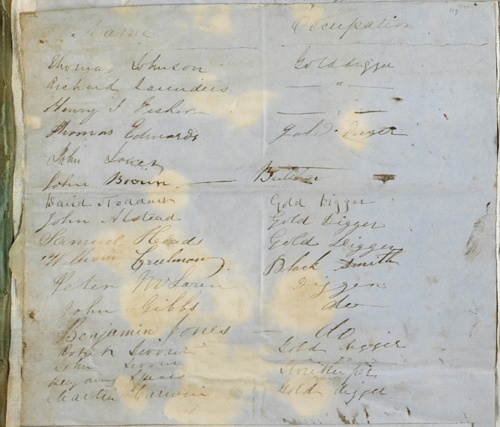 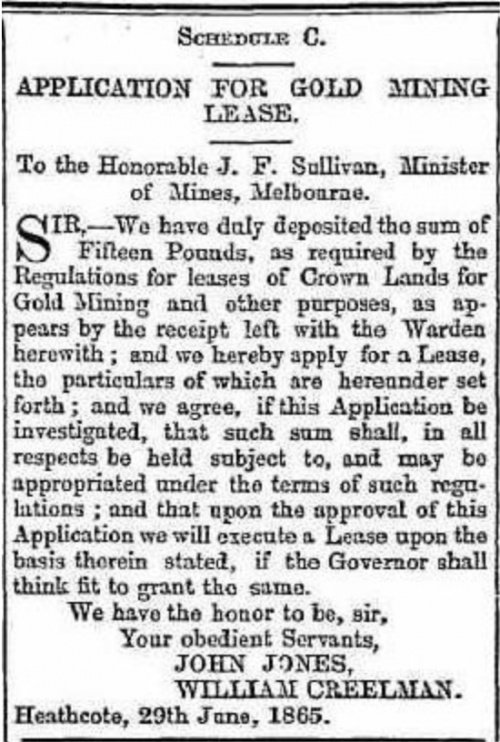 Oral history passed down through family suggests that John Jones participated in the Eureka Stockade Battle on 3 December 1854. His eldest son told the story to Frank Burgman, the husband of a great grand daughter of the Eureka Stockade participant. The details are as follows as told by his great great grand-daughter Denise A'Hearn:

John Jones was mining for gold on the Ballarat Goldfields and he fought with the rebel miners against the Government troops at Eureka Stockade, losing one of his eyes in the battle. Thereafter he displayed a strong dislike of police/troopers. John Jones was said to have mined for gold at a number of locations in Victoria, including Carisbrook, Dunolly, Reedy Creek near Bradford, Woods Point, Ballarat and Acheron near Alexandra.

Jones was residing at Ballarat when he signed the Benden Hassell Petition in 1856. [1]

It seems likely that John met Elizabeth Moylan at Broadford in central Victoria around 1855. Their first child John was born in 1856. A second son, Charles was born at Reedy Creek in 1861, followed by a daughter Elizabeth in 1863 and another son, Thomas William in 1866. The family (minus John Jones) moved to the Dookie/Major Plains area near Shepparton in early to mid 1870s. John Jones Junior leased and then purchased a property in Major Plains. Elizabeth lived there with her son and his wife Ruth, and their nine children until her death aged 90 years, in 1922. She is buried in Devenish Cemetery. The whereabouts of John Jones grave remains unknown.[2]