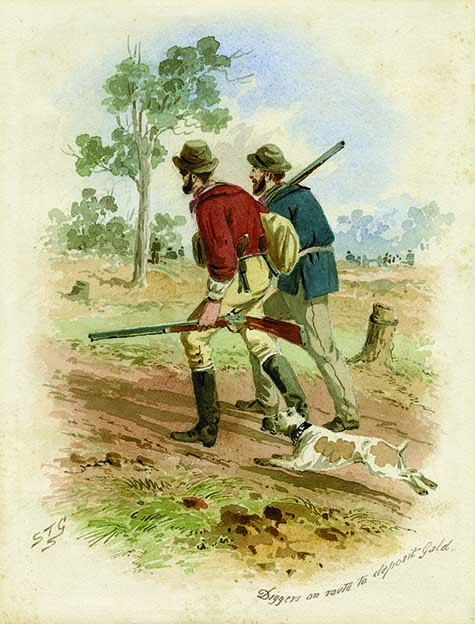 J. Russell Thompson was the proprietor of the Caledonian Hotel.[1]

Thompson was a witness examined during the report of the Board appointed to enquire into circumstances connected with the riot at Ballarat, and the burning of James Bentley's Eureka Hotel. [2]

DEATH OF AN OLD RESIDENT OF BALLARAT, May 20.
Mr J. Russell Thompson died at his residence, Ballarat West, to night, of liver complaint. He was 64 years old Mr Thompson was always greatly liked and esteemed here, his courteous bearing and his integrity commanding for him the respect of all who knew him. He will be remembered by old residents as a member of the firm of Thompson, Walsh and Moore, sharebrokers. He was in Ballarat before the Eureka Affair, and was in the police court when Bentley was charged with the murder of the digger James Scobie, and acquitted by the magistrate Mr Dewes. On that occasion Mr Thompson narrowly escaped committal for daring to urge that Bentley's was a case which should be sent to a jury; but his expression of opinion was popular. At an indignation meeting close to where Scobie was killed, 'Mr.Thomson, with Messrs T.D. Wanliss, P. Lalor, J.W. Gray, W. Corkhill, A.McP. Grant, and Archd. Carmichael were appointed to collect money to defray the cost of a further prosecution of Bentley. In the early days here Mr Thomson amassed a fortune, and has of late lived retired, He still supported mining, but latterly with little success. He has, no relatives in the colony. [4]