Difference between revisions of "China" 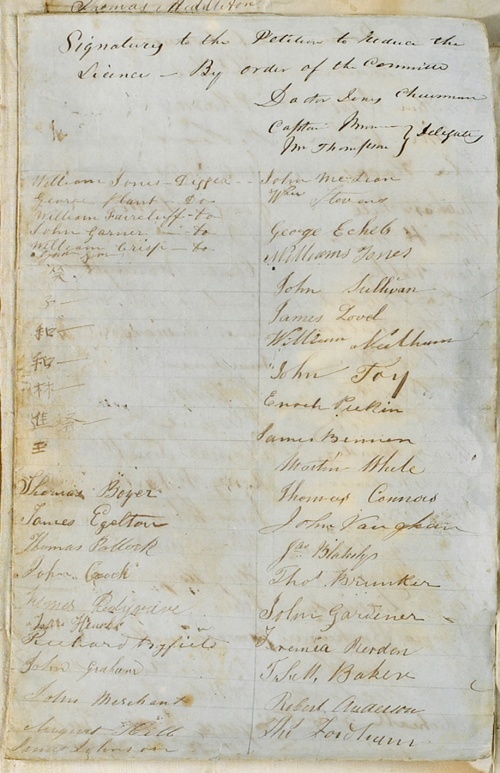 On the first of August 1853 George Edward Thomson, Dr David Griffith Jones and an Irish-born American, ‘Captain’ Edward Brown presented the Bendigo Goldfields Petition to Lieutenant Governor Charles Joseph LaTrobe. Signed by around 5,000 miners from Bendigo, Castlemaine, McIvor and other Victorian Goldfields, it is an important political document in the history of Victoria. George Edward Thomson, Chartist and leader of the Red Ribbon Movement, wrote that: ‘Political deliberation is the poor man’s right arm. It brought the Magna Carta to the barons, Catholic emancipation to the Irish and triumphal repeal of the Corn Laws for the people of England. Surely it would bring democracy to the gold diggers of Victoria’. Drawn up in 1853, the Bendigo Goldfields Petition was amongst the earliest organised expressions of dissatisfaction with the conditions of the Victorian goldfields. The official discovery of payable gold had opened up the Colony of Victoria only two years previously, in August 1851, and coincidentally, this happened at the same time as the Colony of Victoria (Port Phillip District of New South Wales) separated from the mother colony on 1 July 1851. The 1853 Bendigo Goldfields Petition was obviously a political statement, as Thomson demonstrates. The tension and protests on the Victorian Diggings were to eventually spill over at the Eureka Diggings in Ballarat East where the only civil insurrection between soldiers, troopers and European civilians clashed early on a Sunday morning, on 3 December 1854, and lives were lost.

Chinese signatures appear on the 1853 Bendigo Goldfields Petition. Chinese diggers were known to participate in the meetings, ‘their vanguard being preceded by a “long pole with small bells hanging on it”.’