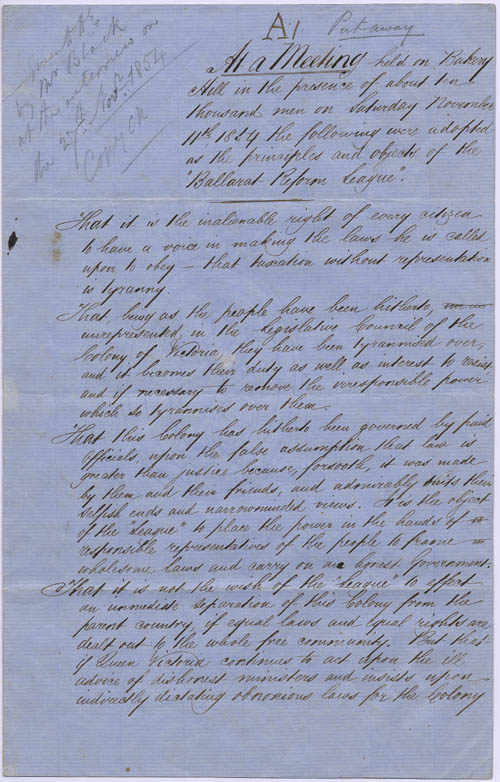 At a Meeting held on Bakery Hill in the presence of about ten thousand men on Saturday November 11th, 1854 the following were adopted as the principles and objects of the “Ballarat Reform League”
That it is the inalienable right of every citizen to have a voice in making the laws he is called upon to obey – that taxation without representation is tyranny.
That, being as the people have been hitherto, unrepresented in the Legislative Council of the Colony of Victoria, they have been tyrannised over, and it becomes their duty as well as interest to resist, and if necessary to remove the irresponsible power which so tyrannises over them.
That this Colony has hitherto been governed by paid Officials, upon the false assumption that law is greater than justice because, forsooth, it was made by them and their friends, and admirably suits their selfish ends and narrow minded views. It is the object of the “League” to place the power in the hands of responsible representatives of the people to frame wholesome laws and carry on an honest Government.
That it is not the wish of the “League” to effect an immediate separation of this Colony from the parent country, if equal laws and equal rights are dealt out to the whole free community. But that if Queen Victoria continues to act upon the ill advice of the dishonest ministers and insists upon indirectly dictating obnoxious laws for the Colony 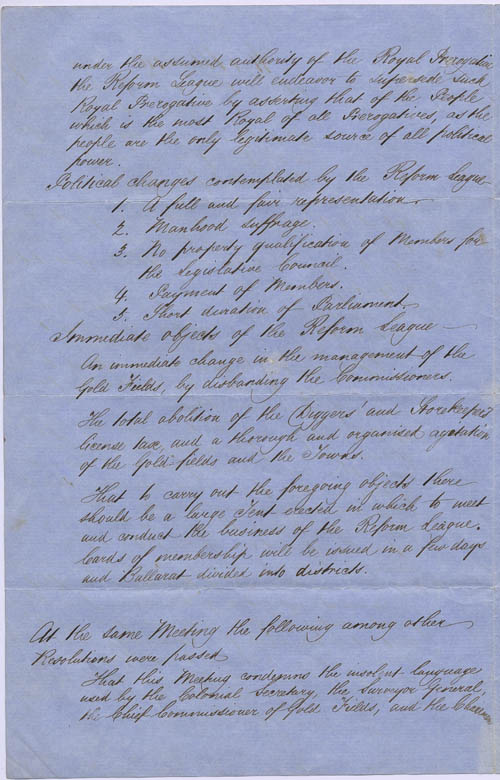 under the assumed authority of the Royal Prerogative the Reform League will endeavour to supersede such Royal Prerogative by asserting that of the People which is the most Royal of all Prerogatives, as the people are the only legitimate source of all political power.
Political changes contemplated by the Reform League :
1. A full and fair representation
2. Manhood suffrage
3. No property qualification of Members for the Legislative Council.
4. Payment of Members
5. Short duration of Parliament
Immediate objects of the Reform League An immediate change in the management of the Gold Fields, by disbanding the Commissioners.
The total abolition of the Diggers’ and Storekeepers licence tax, and a thorough and organised agitation of the Gold Fields and the Towns.
That to carry out the forgoing objects there should be a large tent erected in which to meet and conduct the business of the Reform League. Cards of membership will be issued in a few days and Ballarat divided into districts.
At the same Meeting the following among other resolutions were passed
That this Meeting condemns the insolent language used by the Colonial Secretary, Surveyor General, the Chief Commissioner of the Gold Fields, and the Chairman 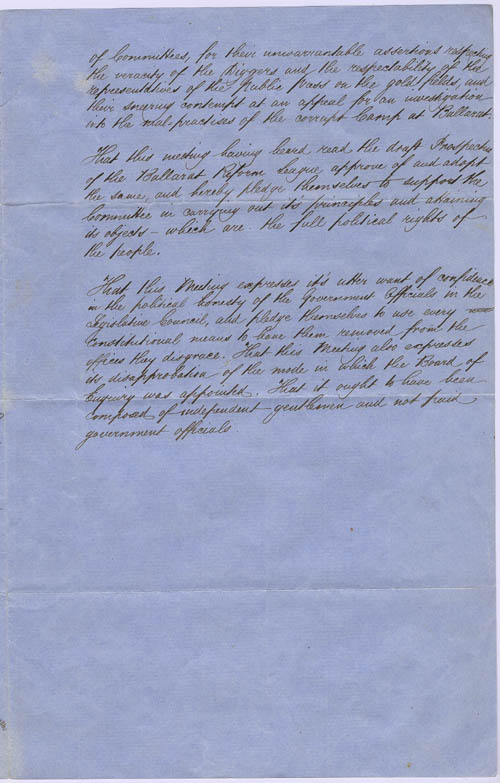 of Committees, for their unwarrantable assertions respecting the veracity of the Diggers and the respectability of the representatives of the public press on the gold fields, and their sneering contempt at an appeal for an investigation into the malpractices of the corrupt Camp at Ballarat.
That this meeting having heard read the draft Prospectus of the Ballarat Reform League approve of and adopt the same, and hereby pledge themselves to support the Committee in carrying out its principles and attaining its objects – which are the full political rights of the people.
That this meeting expresses its utter want of confidence in the political honesty of the Government Officials in the Legislative Council, and pledge themselves to use every constitutional means to have them removed from the office they disgrace. That this meeting also expresses its disapprobation of the mode in which the Board of Enquiry was appointed. That it ought to have been composed of independent gentlemen and not paid officials. 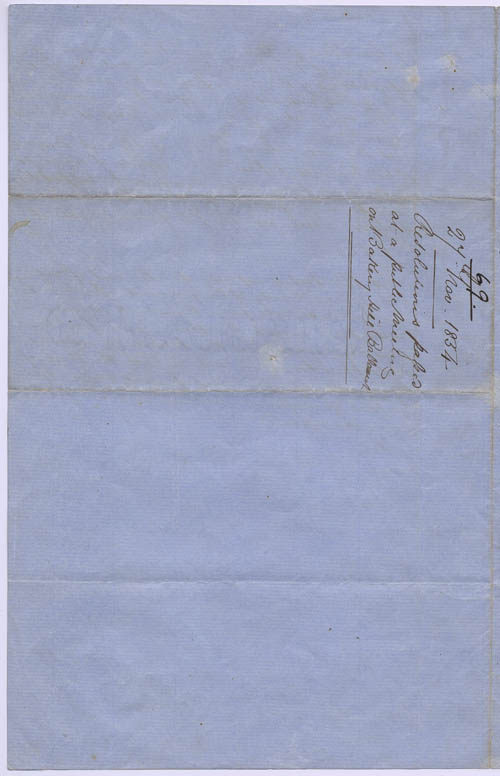