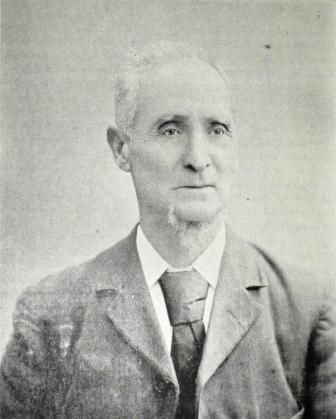 He was among the first gold diggers at Golden Point and Eureka.[2]

James Bickett was appointed to the local court, constituted mainly for the purpose of dealing with affairs appertaining to the Ballarat goldfield. [3] He was highly involved with the establishment of the Ballarat School of Mines, the first school of it's kind in Australia.[4]

A EUREKA VETERAN. - DEATH Of A BALLARAT PIONEER.
The death occurred on Saturday of Mr. James Millhinch Bickett, who was probably, the last of the very early pioneers of Ballarat (reports "The Age"). Deceased, who had reached the age of 92, was a native of Gervan, Scotland, and arrived in Victoria in 1848. He was among the first gold diggers at Golden Point and Eureka. At the termination of the Eureka Stockade revolt Mr. Bickett was appointed by the Government a member of a tribunal known as the local court, constituted mainly for the purpose of dealing with affairs appertaining to the Ballarat goldfield. An associate of the deceased in this court was Carboni Raefello, one of the insurgent leaders in the stockade, and who with others stood his trial in Melbourne for high treason, but was acquitted. In later years Mr. Bickett, who was the oldest honorary magistrate in the State, was appointed secretary to the mining board, and legal manager of a number of well known companies. He was one of the founders of Ballarat School of Mines, mechanics' institute, art gallery, hospital, orphanage, and benevolent asylum. He leaves a widow and family.[5]