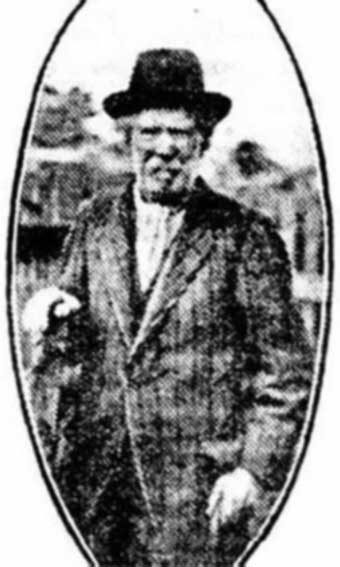 Charles Mullaly's father arrived in Sydney from Ireland in 1814, and his mother in 1816. They married in 1819. Charles Millaly was born in the same year and christened at St Mary's Sydney.[1]

Charles Mullaly declared "that he facilitated the escape of Peter Lalor, when £1000 was placed on the head of the leader of the rebellion."[2]

... I must not forget one who says he was born in 1833, and Mr. Charles Mullaly. The latter claims to be 104, is an agreeable, quiet, and still sensible old chap, who does not quite look his extreme age. He recalls easily the Eureka Stockade, and other lively doings of the distant pact.[3]

Redeeming a promise made him some months ago, says the 'Herald,' Mr Lawson, the Premier, has made arrangements for our old friend, Mr Charles Mullaly, to be admitted to the Melbourne Benevolent Asylum, Cheltenham, and on Monday last the sturdy old pioneer, who is 101 years of age took up his residence in his new home. The 'Herald' adds that Mr Mullaly fought beside Peter Lawlor (Sic), at the Eureka Stockade, and set a match to a heap of miners' licences. When a reward of £1000 was placed upon his leader's head Mr Mullaly aided in his escape. His father arrived in Sydney from Ireland in 1814. and Mr Mullaly was born there in 1819 and christened at St Mary's Church.[4]