Difference between revisions of "Henry Glenny" 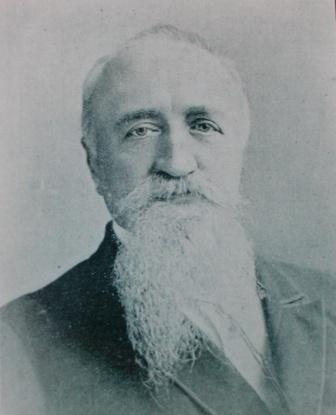 Glenny was born on 5 August 1835 at Newry, County Down, Ireland. He was the son of a linen merchant and staunch Irish Protestant Joseph Glenny and Elizabeth Gandy. At the age of 18 Glenny sailed to Australia on the Phoenix arriving at Ballarat in mid 1854. He tried his luck, then was employed by J. and T. Bray of Geelong as the manager of their Ballarat store on the Gravel Pits. He married Emma Jane at Castlemaine on 14 February 1859. They had 13 children, but only five survived. [1]

Glenny was an early photographer, and established a Potrait Saloon at Castlemaine, Kyneton, and later Ballarat. In 1865 Glenny returned to Ballarat and wrote under the noms de plums of Old Chum, Peter Possum, A Voice From the East, Quine, Rambler and Silverpen. Glenny died at Melbourne on 24 July 1910.[2]

He supported the Military and the officials, and volunteered to join the mounted police leading up to, and after, the Eureka Stockade battle.[3]

Soon after the Eureka Stockade Glenny worked as the postmaster at Beechworth. [4]

FUNERAL NOTICE – The Friends of Mr Samuel S. Glenny, are respectfully invited to follow the remains of his beloved wife to the Glenlyon Old Cemetery, On Wednesday, the 3rd inst. The procession will move from Glenlyon at 3 o’clock pm. Thomas Verey, undertaker [5]

THE LAST OF THE BALLARAT BLACKS.
BALLARAT, Saturday.
An impressive interment was accorded to the remains of "King Billy", the last of the Ballarat blacks and the reputed chief of the tribe, to-day. When it became known that the old aborigine had been found lying under a hedge, and had died homeless and friendless at the hospital on Wednesday, in the very neighbourhood where he is popularly supposed to have once exacted tribute, several gentlemen instantly made an effort to spare him the indignity of a paupers burial. Mr Charles Morris, undertaker, very kindly volunteered to carry out the obsequies gratuitously and the trustees of the new cemetery granted a site for the grave in the Wesleyan section contiguous to that of the late Mr Martin Hoskin, town missionary. A coffin covered with black cloth trimmed with gilt lace was provided, and several members of the Old Colonist's and Australian Natives' Associations, Mr. J. Kirton, M.L.A, Mr. F.W. Niven, and Mr. Henry Glenny were among those present. The Ven. Archdeacon Mercer conducted the service, and in a short address referred to the historic significance of the ceremony that had just been performed. Several wreaths were placed on the grave, and one very appropriate device, in the shape of a boomerang, made of wattle blossom, was sent.[6]