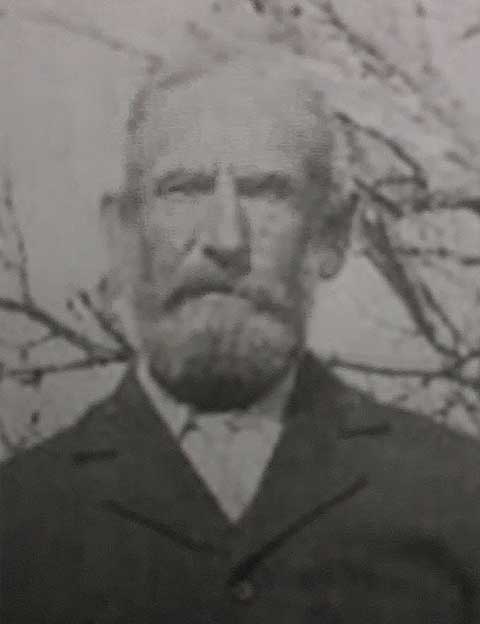 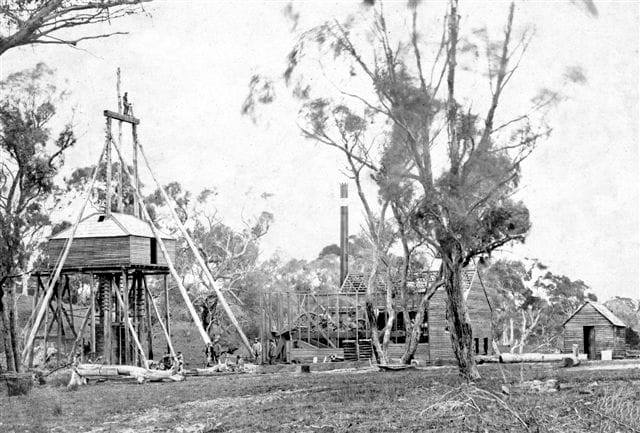 Edward Freeman stands on top of a Black Hill Mine. Courtesy of Margaret Roberts and Michael Smith

Edward Freeman was born around 1828 to Thomas and Grace Freeman (nee Caddy). The family lived at 6 Chy? Street, Gunwalloe, Cornwall, England. His father, Thomas was 47 years of age a farmer of 30 acres. Grace, his mother, was 45 years of age. Their children and Edward's siblings were: Edward, aged 22 years who described himself as an agricultural labourer, Grace 18 years was 'at home', William 15 was a scholar, Elizabeth 7 and Mary 5 years comprised the family. In the adjoining property were: Edward Freeman, aged 45 years, a farmer of 50 acres who employed one labourer, Marie Jeffrey 46 years, a general servant, Jane Jeffery aged 20 a general servant, William White an agricultural labourer aged 21, and Thomas Jewell aged 15 years, and an agricultural servant.[1]

Edward Freeman, the son of Thomas and Grace, arrived in Australia in 1852 on board the Bombay.

The following reminiscence was written by Edward Freeman:-

This day the 10th of January Mre [V.W.Burvill?] took ship to proceed to [  ? } town
I left Melbourne for Forest Creek in the 7th of February 53. I had my first view oof the gold fields of Victoria. I remained there a digger about 10 months when I whent [sic] to Melbourne for provision intending to return again to Forest Creek. While in Collingwood I got shot with a Pistol the ball passing throught my left leg and 1/2 inch my right knee. I was disabled then for two months., then started for Ballarat + arrived in the beginning of January 1854. Ballarat is 60 miles from Geeling + 84 from Melbourne. On the 3rd of Dec 54 there was a riot at Balalrat. I visited the spot about 6 hours after + saw 8 men laying dead on the ground, one mortally wounded three solders was killed of the 12th and 40th Regiment + many more wounderd. Tuesday 5th [sic] about 600 soldiers and police arrived here from Melbourne the diggers [illegible] Wednesday 6th martial Law proclaimed at Ballarat no light to be allowed within musket shot of the Camp after 8p,. 9th about 120 prisoners taken for the Ballarat riot freed. 19th Dec A monster meeting at Ballarat three of the Legislative Council present to enquire into the Grievances of the Diggers.
The 1st of January 1855 there was a meetin at Daltons Flat Ballarat. 2nd I visited Creswick Creek 12 miles from Ballarat and returned the 3rd. I am now at work on the Gravel Pits. There has been no search for licenses since that dreadful event at the Eureka on the 3rd of Dec up to the 10th Jan when this day notices has been put up that the Government pack of blood hounds will meet on Thursday the 11th January for diggar [sic] hunting at balalrat.
April 1855 Water is now so much on the Gravel Pits that it requires the assistance ... [3]

Edward Freeman and his family were in Ballarat until 1865, at which time they went to Scarsdale to live.

Freeman was one of the first members of the Engine Drivers' Association of Ballarat. He died in May 1912 and was buried at the Ballaarat Old Cemetery on the 23rd of May. At that time he was living at 5 Grant Street, Ballarat East. He left a widow, six sons, and four daughters.[4]

Louisa his widow died and was buried with him in grave CCN 8, Ballaarat Old Cemetery 5 November 1921. She was aged 74 years and living at 20 Hardinge Street, Kensington, Melbourne.[5]

The University of Melbourne Archives holds the collection of the Australian Federated Union of Locomotive Enginemen, Victorian Division, amongst which are papers from the Ballarat Branch. This collection contains 94 archive boxes. See https://gallery.its.unimelb.edu.au/imu/imu.php?request=multimedia&irn=5408