Difference between revisions of "Bridget Hynes" 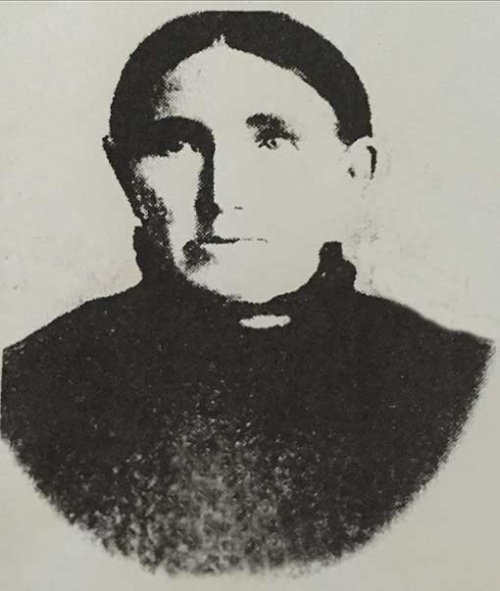 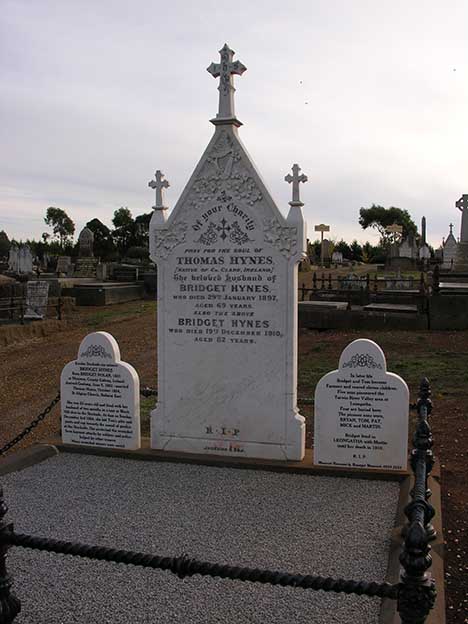 IMG_4263-Bridget Hynes Bridget (Nolan) was born 1831 at Monivae, County Galway, Ireland. She arrived at Point Henry, Geelong on 5 June 1852, and married Thomas Hynes on 2 October 1854. Patrick Gittings, who later died at the Eureka Stockade was best man at the wedding.[1] Thomas was a cousin to John Hynes who was killed during the Eureka Stockade encounter.

Bridget Hynes spent the final years with her son, Martin[2], and died on 19 December 1910, aged 82 years, and is buried in Leongatha Cemetery.

Bridget lived in a tent at Black Hill close to the Eureka Stockade. She went to the scene of the fighting after the Eureka battle with several other women, and assisted the wounded and dying miners. As the police were bayoneting the diggers she said: “He is dead”, in order to save them. Bridget and Thomas Hynes had a daughter, Catherine, born on 13 July 1855 and baptised at St Alipius Roman Catholic Chapel. The sponsors were Patrick Hynes and Mary Nolan. Bridget Hynes was a sponsor to a baptism at St Alipius in 1854. Bridget (Hogan) and John Torpy had a son, Patrick, baptised at St Alipius Catholic Chapel, Ballarat, on 11 October 1854. The sponsors were Patrick and Bridget Hynes.[3]

Later, Bridget and Thomas Hynes had a small dairy farm near Ballarat using the gold they found to make the purchase.[4] then later farmed at Leongatha in the Tarwan Valley and both are buried at Leongatha. She died in 1910. On her tombstone (pictured) it states that she hid her husband’s pike and pants so that he could not participate in the Eureka battle. [5]