Difference between revisions of "Andrew Turnbull"

Signature of Andrew Turnbull from the 1853 Bendigo Goldfields Petition 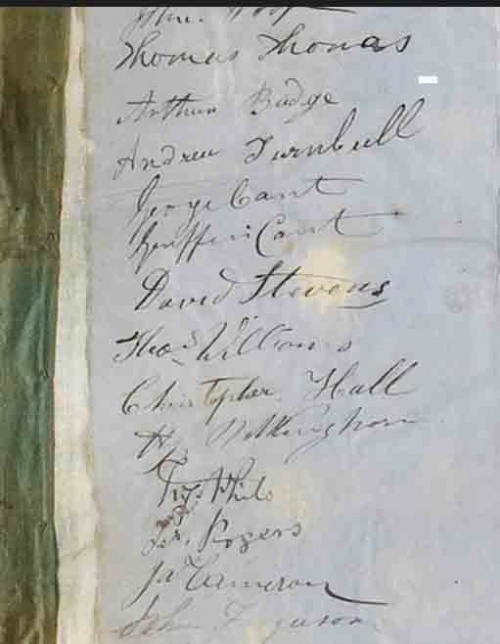 Signature of Andrew Turnbull & others from the 1853 Bendigo Goldfields Petition

This may be Andrew Turnbull who was born 5 January 1831 at Dundee Forfarshire, Scotland. On 25 August 1849 he married Mary Yeaman Smith. He described himself variously as a blacksmith, miner, Carter of granite, dealer and fruiterer.

Andrew and Mary produced at least eight children. They emigrated on the Theodore, arriving in Melbourne on 8 December 1852, with their first born Isabell Ramsay Turnbull.

The family resided at Kangaroo Hill near Mount Franklin.Their second child Andrew was born in 1853 and their third child Johanna was born at Muckleford, Castlemaine, in 1854. Some of the signatures on the Petition were from miners in the Castlemaine area so it is possible Andrew senior signed the petition while working as a miner near Castlemaine.

He was admitted to the Yarra Bend Lunatic Asylum on 25 November 1893 after a suicide attempt. He was described as poor, stout build temperate life habits and quiet. He died at the Yarra Bend Asylum from choking on a piece of meat. The inquest findings included lung and brain disease. Andrew Turnbull was buried in April 1894 at Melbourne Cemetery.[1]