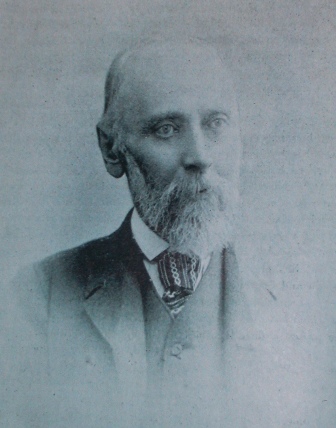 Charles Gottieb Schulze was born in Saxony in 1826. He spent some time of the Californian goldfields before sailing for Australia on the Abysinnia. He first dug for gold in Bendigo, leaving for Ballarat after three months, where he established a bakery at Dunnsford, Little Bendigo. He sold out after three months, leaving the goldfield for Melbourne. He returned to Ballarat in 1852 after the discovery of the Canadian Nugget. He established another bakery with two Americans, in a location between the Canadian and Little Bendigo Rushers. The location later became known as Bakery Hill after his enterprise. The business flew an American Flag. [1]

A transcript of Charles Schulze's account of the killing of James Scobie and the Eureka Stockade is held at the National Library of Australia (NLA MS 9125).[3]

Schulze became a member of the Lexton Road Board, and was a councillor with the Lexton Council for 31 years. He won first prize for a sheaf of wheat at the Melbourne International Exhibition of 1880. [4]

Charles Schulze wrote an eyewitness account of the Eureka Stockade. A typed copy can be found in the Ballarat Libray Australian Room. 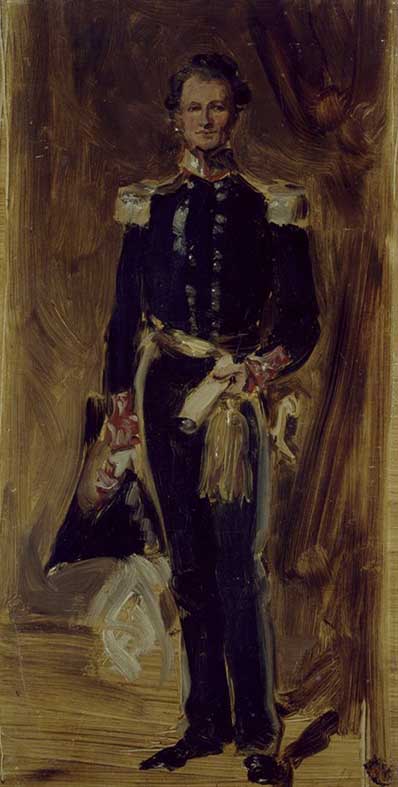 EXTRACTS FROM THE EYE WITNESS ACCOUNT OF EUREKA STOCKADE BY CHARLES G. SCHULZE
The legislators saw fit to make the Immigrant pay the enormous sum of thirty shillings a month, or a shilling a day, Sunday included, gold or not gold. This law as enforced, at the point of a bayonet, by a troop of old pensioners from Van Dieman's Land, where they had since leaving their Military service, been employed over the convicts.
The diggers at work were ordered to produce their license otherwise they had to march to the camp to be dealt with, if breaking away, fired at, or not walking fast enough, pricked with a bayonet.
The discovery of gold at Golden Point, Ballarat, created such excitement in the two small towns of Melbourne and Geelong that all caught gold fever.
Governor La Trobe even caught up in the excitement, came to Ballarat to see how gold was unearthed and extracted. As his name was Joseph he was generally known as Joe. The word "Joe" was, from that time, a kind of pass word whereever a suspicious person, or trap, as the Police were then called.

"The password was resented by the police as it retarded their success at catching unlicensed diggers. ...

1. Ida Florence Schulze (married a Hewett and lived at Waubra)

LEXTONSHIRE COUNCIL. -
This council held its ordinary meeting on 9th June. Present—Crs James Robertson (president), Robert Giles, Charles Schulze, George Pinch, James Harrison, and Walter Fairlie. Correspondence.—From the shire treasurer of Ripon, remitting £(39 ISs 4d as the amount due Lextonshire for toll rents received from the Stony Ford and Burrumbeet gates. From common toll manager, forwarding £18 2s 6d as the Lextonshire's proportion of the Springs gate for the month of May. From the secretary of Ballaratshire, intimating that the consideration of the correspondence in regard to the road south of the Springs tollgate had been postponed. Main Avoca road.—From the engineer's report it was elicited that the maintenance repairs to the road between the Springs and Woodstock would exceed £600 during tho next twelve months, and for which the toll fund expected as available would probably not exceed £200. Cr Schulze remarked that as members were indisposed to admit of the shire fund being expended for repairs on a main road, there was no alternative but the establishment of a toll. For this objective moved that at the next meeting an order for the establishment of a toll-gate at or near the 27th mile-post be taken into consideration. Cr Giles seconded the motion, which was carried. ...[5]