Born Anna (Bourke), she married Timothy Harrington. Anna was one of the first teachers of the National School in Humffray St, (later to become Humffray Street Primary School). She also taught at Father Downing’s school (later known as St Alipius) in 1853. Anna was present at the Eureka Stockade, and attended the wounded at the request of Fr Patrick Smyth. Anna Harrington made a flag hoisted on a flag pole that could be seen throughout the diggings and used for telling the time of Mass. Anna (Hannah) and Timothy had a son, Phillip Harrington, born in 1852 and baptised at St Francis, Melbourne. Their daughter, Anna, was baptised at St Alipius Chapel, Ballarat on 4 August 1854. The sponsors were Cornelius Maher and Honora Shanahan. Anna’s husband Timothy Harrington was a builder in Ballarat. He worked on the St Alipius Church building, putting down some of the first bricks. He was the son of Edward Harrington and Margaret (Shanahan). Timothy Harrington died on 23 March 1888 at Yendon. Anna died in November 1906. [1] 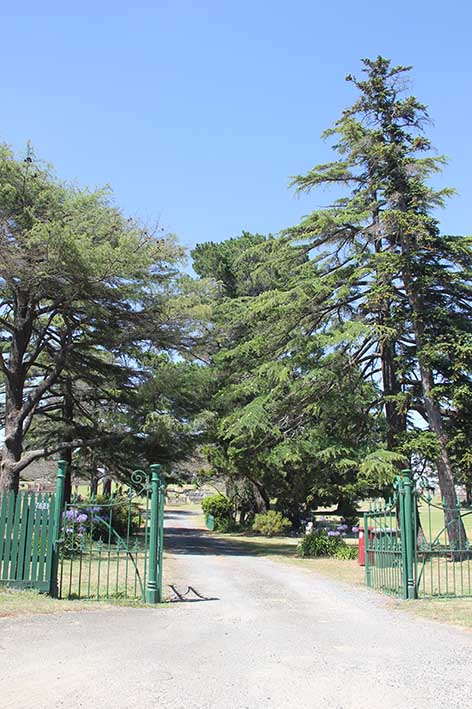 Another old identity has passed away at the residence of her son-in-law, Mr James Hart, Hill street, Ballarat, in the person of Mrs Harrington relict of Mr Timothy Harrington, of Yendon, at the advanced age of 87. The deceased lady, was a teacher in the first National school in Ballarat, which position she afterwards resigned to be come head teacher of St. Alipius’ Roman Catholic school. To the last she had a vivid recollection of the stirring days of the early fifties. She went through the Eureka Stockade on the morning of the riot with the late Rev. Father Smythe and the late Mrs MacCauley, of Learmonth, to succor the wounded. The deceased, who was of a kindly, charitable disposition, and much respected, leaves a family of four. The remains were interred in the Buninyong Cemetery."[2]